WHY THE CORPORATE PRAYER IS SO IMPORTANT

Human wisdom and ways without God come to an end in all areas of society.

Crises in the economy and politics and increasingly unbiblical ways in society are the chance to create changes with divine principles.

The Word of God challenges us in 1 Tim. 2:1-2 to pray for all people (colleagues, employees) and all those who are responsible (our board members and executives).

Be aware that you deserve your livelihood in your company, that your company is about people and that God loves the people of your company!

Experience has shown that it makes a difference whether you pray with colleagues at work or alone at home.

The community motivates you and it has a greater impact when you pray in unity with like-minded people at the scene.

Participants of a prayer circle in Sindelfingen (Photo: Hannes Ackermann)

petitions, prayers, intercession and thanksgiving be made for all people – for kings and all those in authority,

that we may live peaceful and quiet lives in all godliness and holiness. This is good, and pleases God our Savior, who wants all people to be saved and to come to a knowledge of the truth.’

‘Seek the best of the city and pray to the Lord for it; because if it prospers, you too will prosper.’

WHAT WE PRAY FOR

Thanks for everything positive 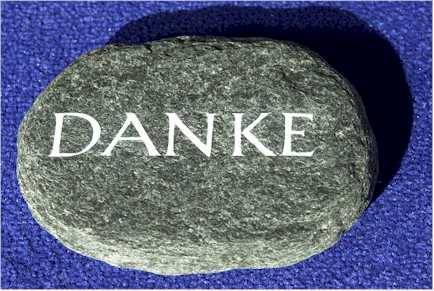 Living Christian values in all areas

Prayer for the members of our Board of Management

Board Members of the Mercedes-Benz Group (January 2022) 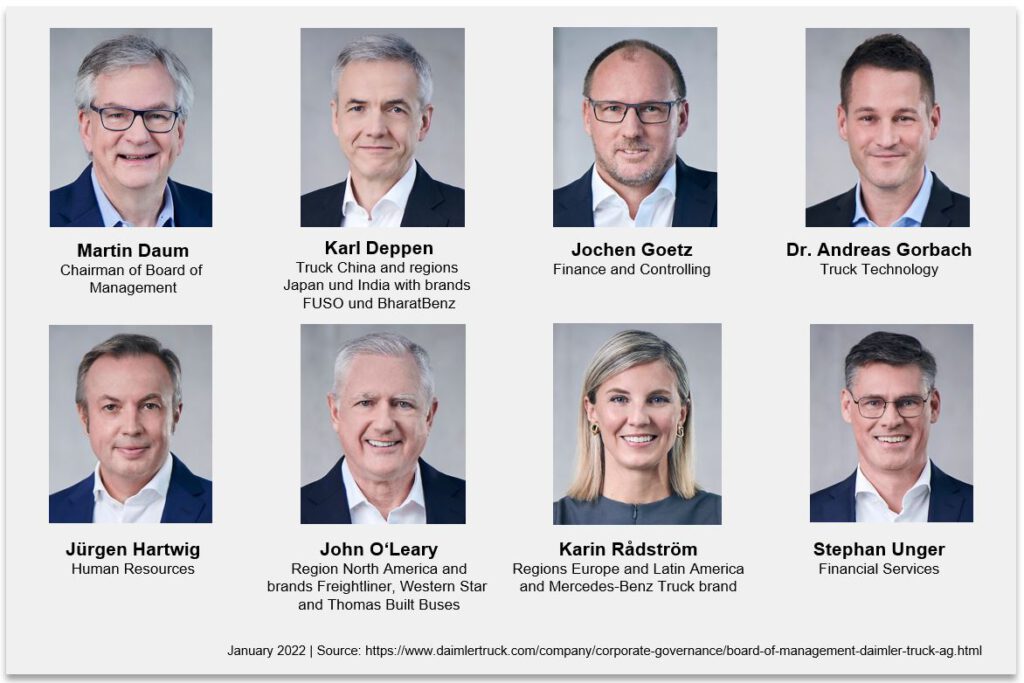 Board Members of the Daimler Truck Holding AG (January 2022)

Intercession for our superiors

Protection and avoidance of damage

THE SPECIAL OF THE CORPORATE PRAYER

The participants come from different communities and churches

The participants are shaped differently.

And yet they have one thing in common, namely the

Belief in Jesus Christ, the risen Son of God

Unity among each other

‘Seek the unifier before you turn to the divisor!’

Blessing for the company

Connection with God – also and especially in everyday working life

Higher identification with the company and the job

The network of Christians is growing

Praying under the star - At Daimler, 200 Christians meet weekly in prayer circles

ENCOURAGEMENT FROM THE PRAYER CIRCLES

Axel G. from Bremen has been a passive part-time or retired employee for more than 3 years. Nevertheless, he regularly takes part in the prayer group – even though his journey to the factory is about 50 km. When asked Axel G. what the reason was to take the long distance weekly, he replied, “I believe that God is paying great attention to these small prayer sessions because they are doing what he wants. It says, ‘All your worries throw on him, because he cares for you.’ And one more thing is very important to me: I do not want to be admired for my participation. When it comes to admiring someone, it is only our Lord Jesus, because he has and had very great patience with me, because he often carried me and he gave me great joy by entrusting my wife to me.”

Prayer language does not matter

An intern from South Korea was employed at Böblingen for a period of time. Since he was a devout Christian he also participated in the prayer circle. He spoke English and even a little German, but he could only pray in his mother tongue. A participant in the prayer circle said, “The change from English to Korean was always a bit funny, because of course we did not understand anything. But through the Spirit of God we still shared in his prayer.”

Encouragement by a prayer circle leader from Tuscaloosa

“I would like to encourage everyone in this Daimler Christian Meeting to keep their faith in Christ strong! Jesus desires a personal relationship with you, and your simple answer is just to live for Him. All of my joy comes from knowing Jesus – not from my job, not from my hobbies, or anything that the world offers. If I trust in this world, I know that I will be disappointed. I know that Jesus will never let me down and that I can place all trust in Him. Please live your faith out daily at work! The Lord will give you a positive spirit and joy that you have never experienced. Remember to follow what Colossians 3:23 says: ‚Whatever you do, work at it with all your heart, as working for the Lord, not human masters.‘ Bring glory to God by how you conduct yourself at work. I also encourage you to pray for your leaders. Our structure for each person here is to pray daily for his/her Manager (E4), Senior Manager (E3), Vice President (E2), and President (E1).”

Three days after the official presentation of the first Mercedes-Benz A-Class in October 1997, a driving dynamic test by a Swedish journalist led to the tilting of this new vehicle. This test, which has been called “Elchtest” (elk test) since then, simulates avoidance of a sudden obstacle on the road.

The event brought a lot of ridicule from the public. The press spoke of the “smallest dump truck in the world”. In Rastatt, a new factory was built specifically for the production of the A-Class. Numerous employees were hired for this. It needed a technical solution as quickly as possible, which prevents tipping over even in critical driving situations, because without a corresponding remedy the new series would have been hardly marketable.

Because of this delicate situation, several Daimler Christians gathered in a private meeting to bring this theme before God. In unity, they asked God to intervene.

The miracle happened: Within only 8 weeks a small development team succeeded in developing a technical measure against tipping. The Elektronic Stability Program (ESP), which until then was only available in the large car series, was applied in such a way that tipping of the A-Class was prevented by targeted interventions on the automatic brake. The management decided on a temporary sales stop to retrofit all previously built vehicles with ESP and a modified suspension. The interim produced A-Class vehicles were stored in the Baden village Kippenheim.

With the introduction of ESP, the A-Class finally became a success and a great blessing for the company. The elk test gave the A-Class the felicitous nickname “Elk” and the oversized moose plush toy in the passenger or back seat became the companion of many A-Class owners.

Problem solving in a dream

At the Untertürkeim plant, a project had to be stopped because nobody knew how to get further. Two members of the prayer group involved in the project brought the request into the prayer circle. In the prayer circle they prayed for a few weeks, until one day one of the two colleagues had been shown the solution from God in a nightly dream. The solution idea was implemented and the project became a success. In the end, the solution was even patented.

A prayer group member of a location reports:
“The board decided to add all 350 employees of our location to the contracting departments. This was partially implemented in the years 2017/2018 – except for our team, which should be added to a branch. Approximately 3 years we prayed for the decision of the stay of our team in the plant. And that’s how it happened. God prepared people from the works council to stand up for us until the decision makers gained the insight.”

Also spontaneous healings have often been experienced in the prayer circles, e.g. healings from backache or headache that did not come back afterwards.

A few years ago, a Christian lady was even allowed to experience the healing of a seriously ill colleague with cancer whose condition was considered untreatable by the doctors. This patient was asked by the Christian lady if she could pray for him. A few days later the doctors confirmed to him that his cancer had completely disappeared. This colleague is working in our company still today and is full of health.

The son of a Daimler employee was hospitalized with facial paralysis. The father desperately turned to Markus W., whom he knew was a Christian. They decided to interrupt their work and go to the hospital to pray for the son. Markus W. called loudly to Jesus and asked him for full restoration. After that, the two went back to work. After about an hour they received a call from the hospital that the son could be released.

A colleague suffered of excessive stress at work over weeks. Sleep disorders and headaches were the result. He was close to burnout and had to be on sick leave for 3 weeks. Over a longer period of time he was cared for by his family doctor. The members of the prayer circle he visited regularly prayed for him during this time. After a few months, he reported that the symptoms were gone and he was significantly more resilient now. Through God’s guidance, after one year he received a new position in an equivalent position. This change contributed to his complete recovery.

Answers to prayer in private matters

Frequently, prayers are also brought to God for private purposes. For example, many colleagues have already been able to experience healings in marriage or family relationships.

Other frequently experienced answers to prayer

GOD AT WORK – HOW DOES THIS WORK?

Be a role model for others!

Work as if you were doing it for Jesus!

Always try to stay in touch with God!

There is no difference between Sunday and Monday!

You carry Jesus into the business every business day.

Involve Jesus in your daily work!

We, the business world, represent 97% of Christians.

BE AWARE OF THE POWER OF YOUR PRAYER!

Do not underestimate the power of your prayers!

Do not be surprised if suddenly extraordinary things will happen!

Be aware that no prayer is in vain!

Often we realize only afterwards what our prayers have achieved. 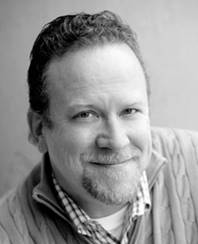 “We can serve God and experience
his work also in the workplace,
because we spend most of our lives
right there!” 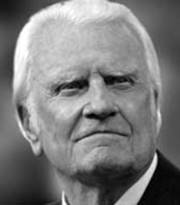 “I believe that one of the next
awakenings will be evoked by
believers on the workplace.“

‘Seek the best of the city and pray to the Lord for it; because if it prospers, you too will prosper.’
(Jer. 29:7)

ABOUT CHRISTIANS AT DAIMLER (GERMAN RECORDING)

Sign up here to receive info and invitations to Daimler-Christian meetings.

JOIN US IN PRAYER!